The Lure, Effects, and Downfall of Crack 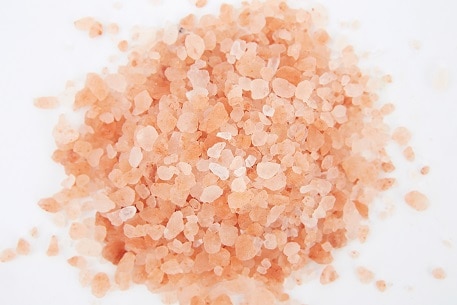 Aunt Nora, C, Coke, Dust, White, Nose Candy, Sniff, Toot, Binge, Flake, Nugget, Base, Cookies, Gravel, and Dice are just some of the names used for one of the most addictive and dangerous illicit drugs in the world: crack. Named after the sound produced when the rock-shaped chunks are burned, crack cocaine is the second most illegally trafficked substance in the world. With over 18.8 million people reported to have used it in 2014, cocaine is said to be among the most dominant drugs for treatment in the Americas’ alone. Learn more about what crack is, why it is so addictive, how its use results in such intense euphoria, and the short- and long-term medical complications caused by its abuse. We’ll further cover the possible treatment options to successfully combat crack addiction.

Crack cocaine is an extremely addictive, stimulant drug commonly available as a white crystalline solid substance. It is available as solid rocks or chunks that vary considerably in color, ranging from white to the lightest pale rose to a stronger, more prominent yellow. Crack is the most potent form of cocaine, having a 75 percent stronger effect on the abuser than conventional cocaine. Mostly heated through a metal, water pipe, or glass hand pipe, smoking crack gives an intense euphoric high that typically lasts anywhere from fifteen to thirty minutes.

The Evolution of Cocaine to Crack

The terms crack and cocaine are often used interchangeably to refer to a very powerful illicit drug abused quite commonly all over the world. Though the Misuse of Drugs Act of 1971 has classified both crack and cocaine as Class A drugs, they are not the same thing. Cocaine is one of the oldest known psychoactive drugs, classified as a substance of abuse for more than a hundred years. It is derived from coca leaves, which have been chewed and ingested for more than a thousand years for their anesthetic and other medicinal uses. It wasn’t until 1860 that the substance, cocaine, was isolated from the raw coca leaves. By 1884, it was being used as part of the modern surgery.  Today, cocaine is classified as a Schedule II Drug – a substance which has a high abuse potential but can still be administered by a licensed medical professional for legitimate medicinal uses. Crack cocaine, the crystalline, chemically processed form of the medicinally used cocaine, did not emerge in use until the late 1970’s. Up until then, cocaine was abused in a salt form with a chemical formulation of cocaine hydrochloride. This soluble salt or powdered form was either snorted or sniffed nasally, or mixed with water and injected intravenously. Cocaine was purified to remove the hydrochloride salt from the cocaine extract to produce an insoluble, more potent version of the drug through an alkaloid process. The process involved the cocaine hydrochloride salt being mixed with either buffered ammonia or sodium bicarbonate and water to create a solution that could be easily heated. Upon heating, the hydrochloride component was removed by evaporation, leaving behind solid chunks of purified substance. This purified substance, also known as freebase cocaine, is what is now commonly known as crack. Crack cocaine is so called due to the crackling sounds emitted when the solid drug crystals are directly exposed to flames. While cocaine is known as the ‘rich man’s drug’, due to its high monetary value, smoking crack is the more potent but cheaper and easily accessible alternative.

Cocaine, in its powdered form, is and can be routinely administered orally, intravenously, intranasal, and by snorting or inhalation. However, crack cocaine is the most potent and addictive of all forms of the drug. That is because crack cocaine or coke is heated and smoked, with the vapors directly inhaled by the abuser. Generally, the addictive potential of a drug is directly dependent on its ability and speed to cross the brain barrier. A drug, which is administered via the intranasal route, takes approximately 3 minutes to reach the brain. However, when a drug is smoked and inhaled, it reaches the brain in less than 10 seconds, giving an instantaneous euphoric result. Crack directly acts on the brain’s limbic system – an interconnected region responsible for regulating and monitoring the feelings of pleasure and motivation. Crack induces a sudden buildup of the neurotransmitter, dopamine, which puts the abuser in a state of ecstasy – bringing with itself an intense desire to take the drug again to experience the same rush. An added effect of crack is that it inhibits a receptor, known as the dopamine transporter, which is responsible for dopamine reuptake, essentially removing residual dopamine from the surrounding. This chemical alteration has a profound and long-term effect on the human body, resulting in extreme elated states, loss of control, and compulsive responses by the abuser. Since the effect of crack is mostly centered in the limbic system – an area that also houses the brain’s memory centers – it also has a profound effect on our memories, imprinting on our minds the intense gratification received due to cocaine in a particular environment or place. Every subsequent interaction at the same place, or even with the same people as those present at the time of a crack hit results in emotionally triggering memories, leading to dopamine jolts and giving rise to an intense desire to re-experience the entire sensation. This characteristic is what makes the recovery from a crack addiction particularly challenging. It is also worth noting that while in the short-term crack cocaine has a stimulatory effect on dopamine,  it causes the brain’s nerve terminals to be deprived of the pleasure-inducing neurochemical over the course of time. This leads to severe dysphoria upon long-term withdrawal, thus intensifying its adverse side effects exponentially.

The Effects of Crack

These are some of the most common of the short-term effects of crack abuse amongst the diverse range of reactions that have been recorded over the years. They include:

Due to the high addictive potential of crack cocaine and its strong action on the brain’s neurotransmitters, developing a severe dependence on the drug is quite easy. In fact, the severity of the withdrawal symptoms is quite similar in patients with a short-term or long-term dependency. Only few drugs in the world have an as significant medical impact on an addict or substance abuser as crack cocaine. The medical complications, though severe, vary in intensity depending on the frequency of use, dose of drug administered, and route of administration. The severe medical complications caused by crack cocaine addictions include:

Cocaine has a dire effect on a person’s cardiovascular health. It can cause patients to develop:

A known vasoconstrictor, crack cocaine decreases blood flow. When snorted via the intranasal route, it can cause the mucous membrane of the nose to become inflamed, irritated, or permanently damaged, leading to frequent nosebleeds. The nasal septum may also become perforated upon long-term use.

Smoking crack has a powerful effect on the brain, causing immediate and long-term chemical and other neurological changes. This often results in cocaine users to complain about suffering from frequent headaches, partial or full seizures, and cerebral infarctions or cerebral atrophy.

Inhaling crack smoke through a crack pipe can cause severe irritation to the pulmonary pathway. It can cause pulmonary edema, asthma, pulmonary hemorrhage, bronchiolitis obliterans, pneumothorax, and pneumomediastinum. The continued use of this substance can also lead to a condition called the ‘crack lung’ where the patient may experience shortness of breath, chest pain, and may cough up blood.

Both men and women who abuse crack cocaine experience sexual complications. Not only are the chances of acquiring sexually transmitted diseases particularly high with crack users, but also an increased sexual promiscuity has been reported amongst them. Erectile difficulties, compulsive sexuality, and inhibited sexual function are all commonly reported complications.

In mothers who continue to use cocaine during pregnancy may suffer from a number of obstetric complications, including but not limited to:

The Signs and Symptoms of a Crack Overdose

Crack overdose is defined as the failure of either one or a number of vital organs caused by an extreme increase in central and sympathetic stimulation due to acute substance abuse in a short period. The defining clinical signs of crack use and symptoms of crack overdose include:

Owing to the sudden and intense onset of effects of crack, the withdrawal symptoms during the periods of abstinence from the drug are harsh and severe. The post acute withdrawal syndrome, a significant part of the immediate treatment and recovery from a crack addiction, is divided into three distinct phases. Phase I: It comprises of the withdrawal crash in which the abuser experiences a sudden and quite drastic change in mood and energy. This phase begins approximately thirty minutes after the last use of crack cocaine and can last up to four complete days. The patient suffers from paranoia, increased anxiety, depressive episodes, and a consistently intense craving for the drug. Phase II: It begins approximately 96 hours after the last substance abuse and lasts anywhere between two and twelve weeks. Phase II is classified as the most difficult phase of the crack addiction treatment and recovery, owing to the fact that most relapses occur during this time. The patient may experience increase irritability, memory lapses, and overwhelming sleepiness. Patients are also prone to developing strong suicidal tendencies during this period. Phase III: It is the time when the withdrawal symptoms seem to dissipate, with the occasional flaring of the drug craving being cited as the biggest concern. The abstinence or post acute withdrawal syndrome is not limited to long-term crack abusers. These symptoms can also appear with the same intensity in users who have only smoked coke a handful of times. The treatment of crack cocaine addiction is extensive and long-term, requiring multi-therapy modalities to be combined and used in conjunction with one another in order to be effective. The treatment begins with a thorough detoxification program which typically sees a patient through Phase I and Phase II of the withdrawal syndrome. It is best that the detoxification occurs under the strict observation of medical professionals who are able to monitor and control the severity of the physical and psychological symptoms of the condition. A thorough rehabilitation program is highly recommended after the initial detoxification process to ascertain a patient’s consistency in addiction recovery. Inpatient or outpatient structured programs are the best courses of action, depending on the severity of a patient’s addiction. Currently, there are no FDA approved pharmacological medications available to effectively treat cocaine addictions. However, a cocaine vaccine is being tested via clinical trials and the latest vaccine technologies, designed to diminish the relapse potential of cocaine addiction.